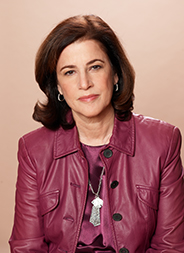 Ellen Galinsky is the chief science officervat the Bezos Family Foundation where she also serves as executive director of Mind in the Making. She remains president of Families and Work Institute. Her life’s work revolves identifying important societal questions as they emerge, conducting research to seek answers, and turning the findings into action. She strives to be ahead of the curve, to address compelling issues, and to provide rigorous data that can affect our lives. Her more than 100 reports and books include the best-selling Mind in the Making: The Seven Essential Life Skills Every Child Needs, Ask the Children, and the now classic The Six Stages of Parenthood. She has published over 300 articles in journals, books and magazines.

She is an ardent photographer. For more than five decades, her photographs have traced the process of change, as nature reclaims what’s left of human creation—the tenacity and triumph of nature to invade walls, to crack even the strongest of structures, and ultimately, to make its own creations out of ours.

Since 2008, she has been photographing Route 66; travelling from its origins in Illinois to its end in California. By exploring the iconic Route 66—then a symbol of modernity, now often cast aside by superhighways, Galinsky photographs abandoned buildings, taking an inside-out perceptive, looking at “what is” through the lens of “what was.”

Galinsky had her first major photography exhibit in Charleston, WV, her hometown, at the Charleston Art Gallery in 1970. Later, she was chosen for a solo exhibition at the Soho Foundation-Alfred Stieglitz Gallery in 1975, followed by an exhibit at Bank Street College in 1979. The Rockland Center for the Arts, West Nyack, NY presented her solo exhibition in 2003 as did the UMA Gallery, New York City in 2005 and 2007. She also had one-person exhibits at the New York Hall of Science, Queens, NY in 2006, at RiverWinds Gallery in Beacon, NY in 2008 and at Blue Hills Plaza, Orangeburg NY in 2013. She has exhibited in numerous group shows, including Hopper House in Nyack, NY; Imaging Arts in Tappan, NY; Outside In Gallery in Piermont, NY; and GaGa in Rockland County, NY. She has been included in the Upstream Gallery shows, now in Hastings on Hudson, in 2009, 2010, 2011, 2012, 2013, 2014, 2015, 2016, 2017, and 2018; Blue Hills Plaza in 2011 with the show traveling to the New York Hall of Science in 2012; and the Blue Door Art Center in Yonkers, NY in 2013, with the show traveling to Hastings on Hudson, NY. In 2018, she was included in the juried show, Women by Women at the Blue Door Art Center in Yonkers. In 2019, she had a solo show of her Route 66 photographs at the Rockland Center for the Arts and was elected a member of the Soho Photo Gallery in New York City.

A number of Ellen Galinsky’s books and reports are illustrated with her photographs, including The New Extended Family (1977), The Preschool Years (1988), and the groundbreaking Ask the Children (1999), selected by the Wall Street Journal as one of the best work-life books of 1999. Among the reports that feature her photographs are Youth and Employment: Today’s Students, Tomorrow’s Workforce (2001), Youth and Violence: Students Speak Out for a More Civil Society (2002), and Navigating Work and Family: Hands-on Advice for Working Parents (2002). Ellen Galinsky is also the author and photographer of several children’s books: Catbird (1971) and The Baby Cardinal (1977).  She was included in the historic book of photographs, Women See Woman (1976).  Her photographs were displayed at The White House Conference on Early Learning (1997).

Galinsky’s father, a very accomplished photographer, helped her learn to see the world as a photographer would. Throughout her life, she has retained the vision he inspired.