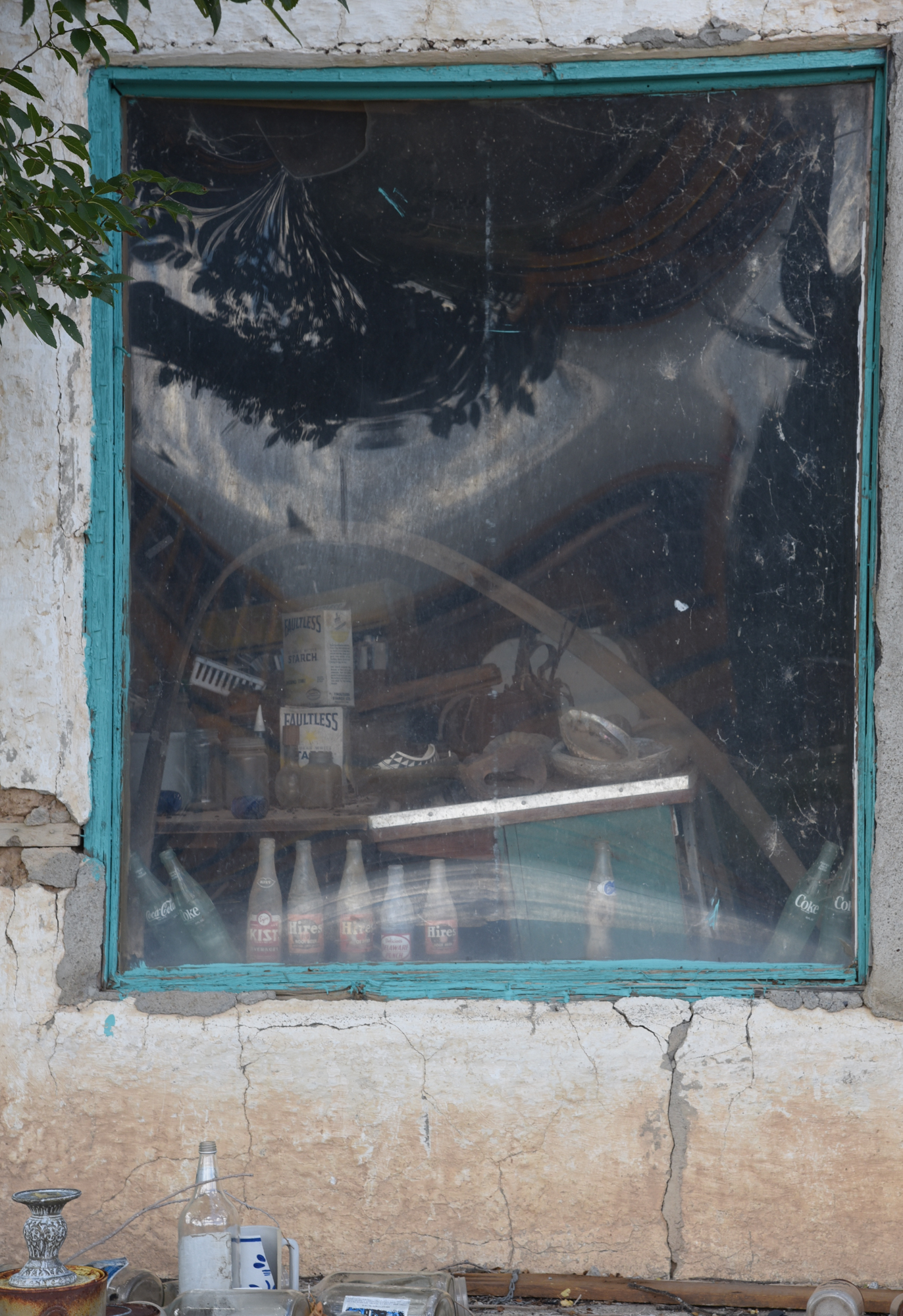 McCartys was named after a contractor who built the railroad there in the 1880s, but the town predates the railroad and was originally named Santa Maria and it has long been a trading a trading center for Native Americans and ranchers. The ruin of a café still has bottles, like bowling pins, leaning at odd angles against the window.