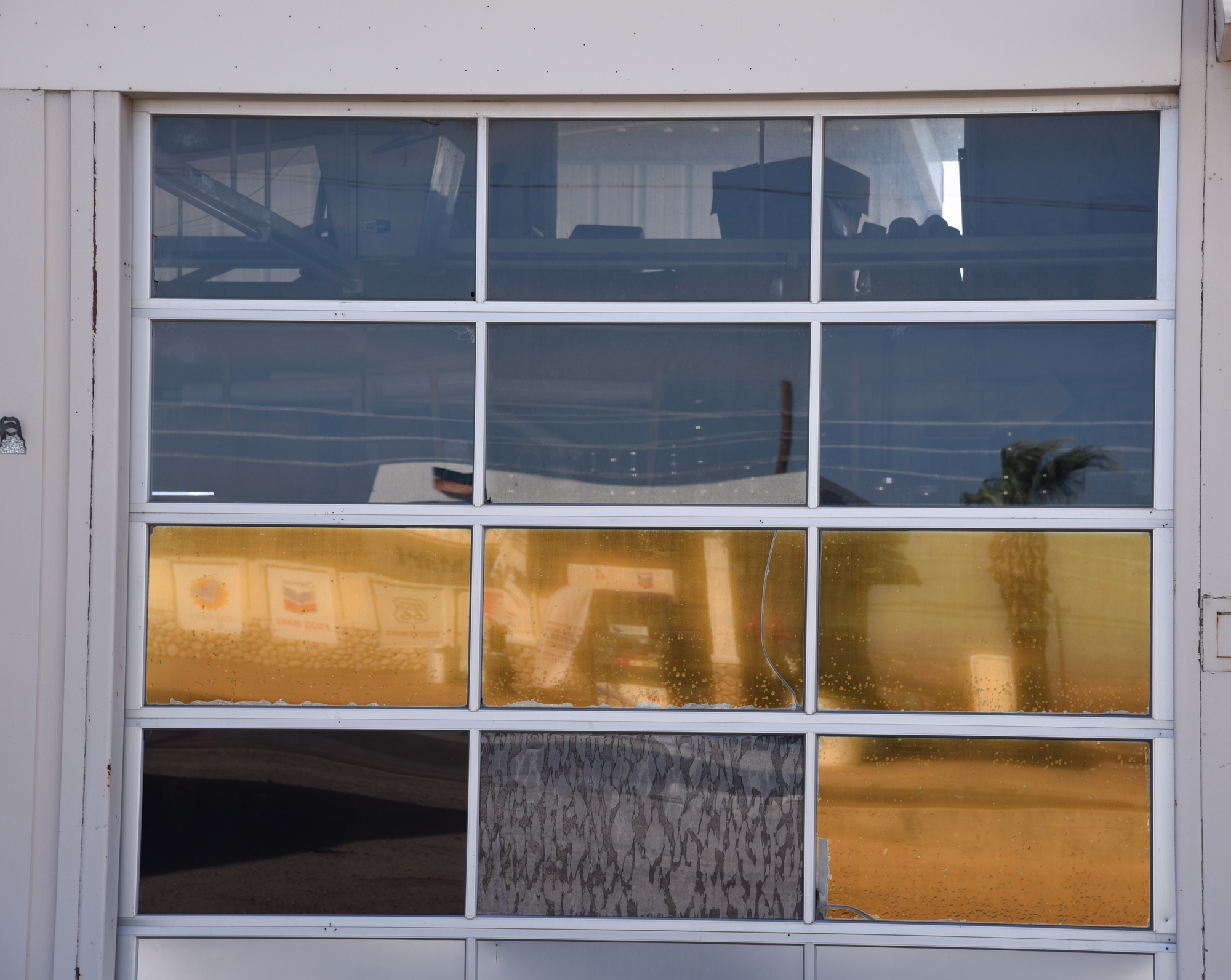 Needles, like many places I have visited on Route 66, was initially a railroad town, founded in 1883 during the construction of the Atchinson, Topeka, and Santa Fe Railway.  And the mother road followed the railway in the 1920s. For immigrants from the Dust Bowl in the 1930s, Needles was the first stop in California. It is named for mountains that look like needles in the Mohave Mountains on the Arizona side of the Colorado River.

The windows in Phillips Excavating shimmered, like its dessert surroundings.