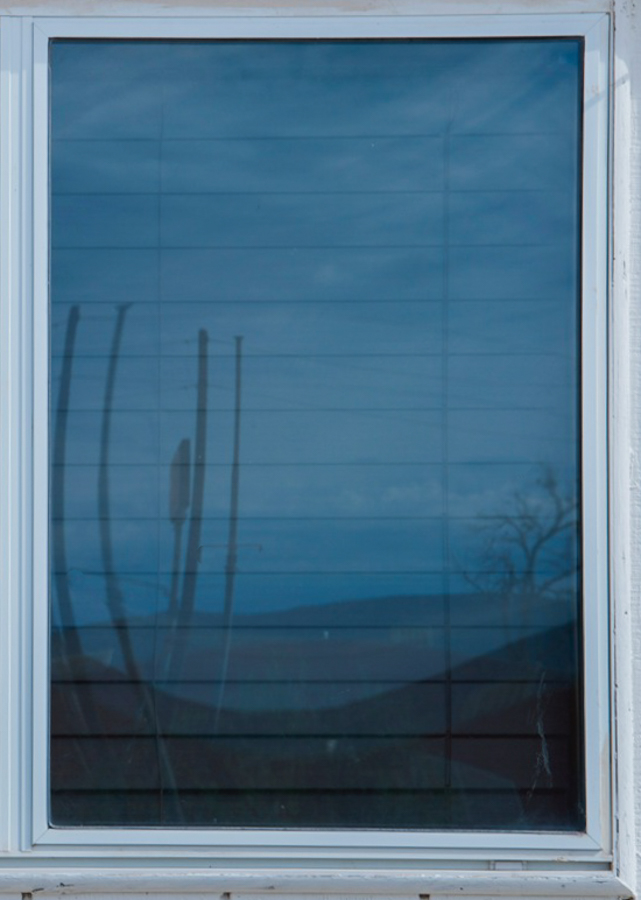 Truxton is, relatively speaking, a new town along old Route 66. It got its name from nearby Truxton Springs. I have read various accounts how the Springs were named a century earlier by surveyor Lieutenant Edward Beale—it was either for his son Truxtun or his grandfather Commodore Thomas Truxtun or his mother Emily Truxton Beale—or maybe all three! There is no contesting the fact that the modern-day town of Truxton came into being when Donald Dilts and Clyde McCune opened a gas station there in 1951 in the hopes that a road would be built to a dam on the Colorado River—a dam that never happened.

This window in a gas station is illusory as well.