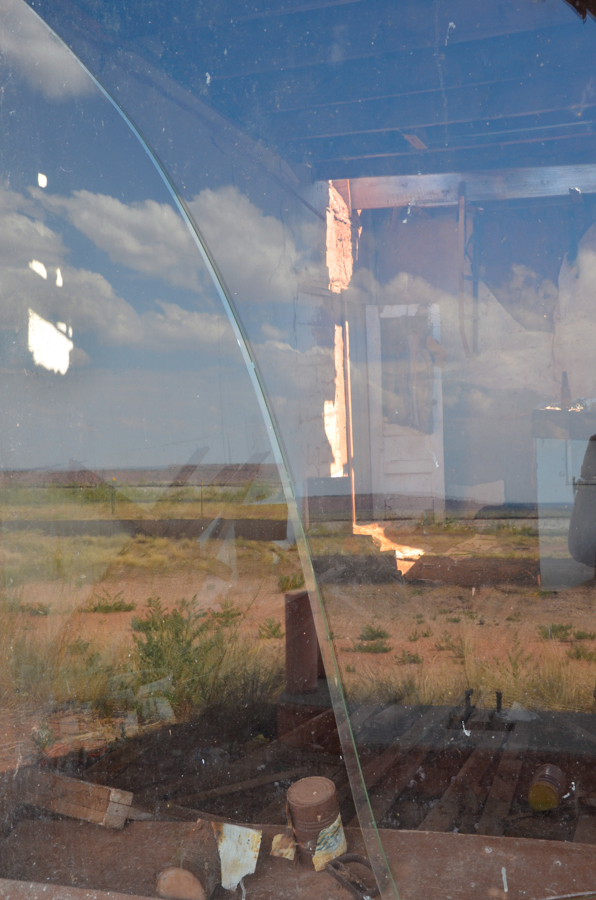 Newkirk, New Mexico, where GAS STATION was photographed in 2012, was founded in 1901 when the railroad went through the town and effectively died when the Interstate replaced Route 66 there. The sign on the front of the building says, “Wilkerson’s.” According to a website on the town, the owner’s son, Duane Wilkerson, stated: “I worked there until we had to close down. It used to be a Gulf Station. When the Interstate opened things slowed down here. We tried to stay open as long as we could but finally closed in 1989. We just didn’t have the business.”