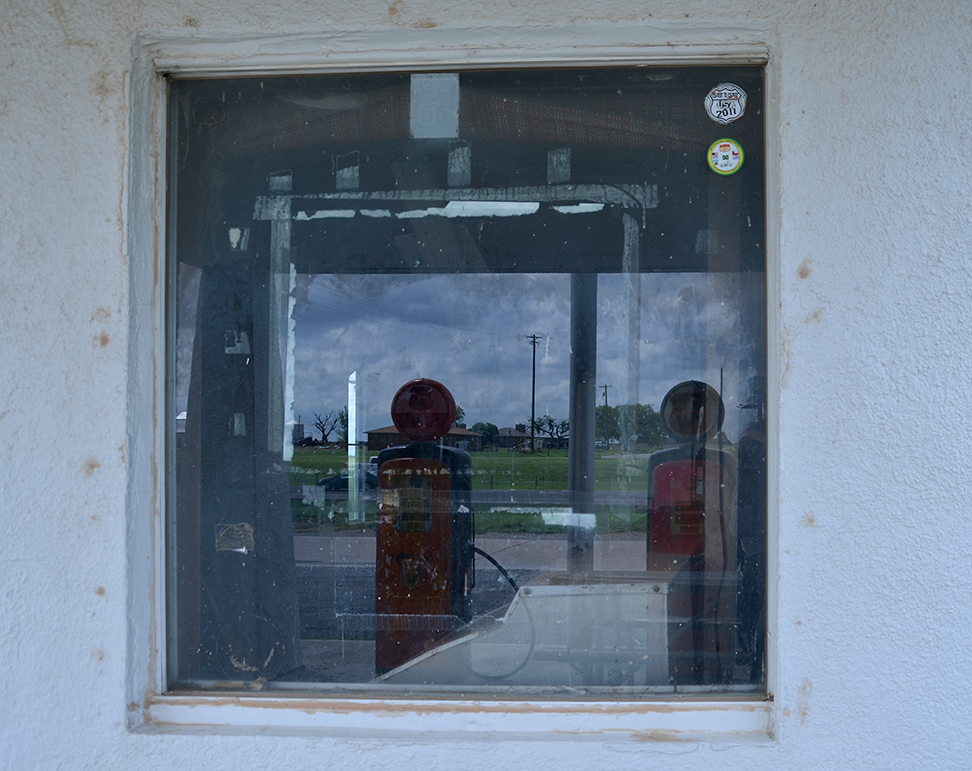 LUCILLE’S in Hydro, Oklahoma is well known by Route 66 aficionados and I photographed it in 2013. It was originally built in 1927 and purchased by Lucille and Carl Hamons in 1941. The family lived and worked there for years, but Lucille’s was negatively affected by the construction of interstate highways, which bypassed it, like so many businesses along Route 66. The Hamons debated whether to try to maintain their business or to close. Ultimately, it stayed open and was recognized for its place in history:

“In 1992, the 66th anniversary of Route 66, the Oklahoma Route 66 Association gave Lucille Hamons a special recognition plaque for her 51 years in business. In July of 1997, a book signing party was organized by Mrs. Hamons’ family to announce Lucille had become an author of her biography, Lucille: Mother of the Mother Road. In the spring of 1998, the Oklahoma Historical society voted to put the Hamons’ station on the National Register of Historic Places.”
(Quoted from Lucillesroadhouse.com/about-us.)