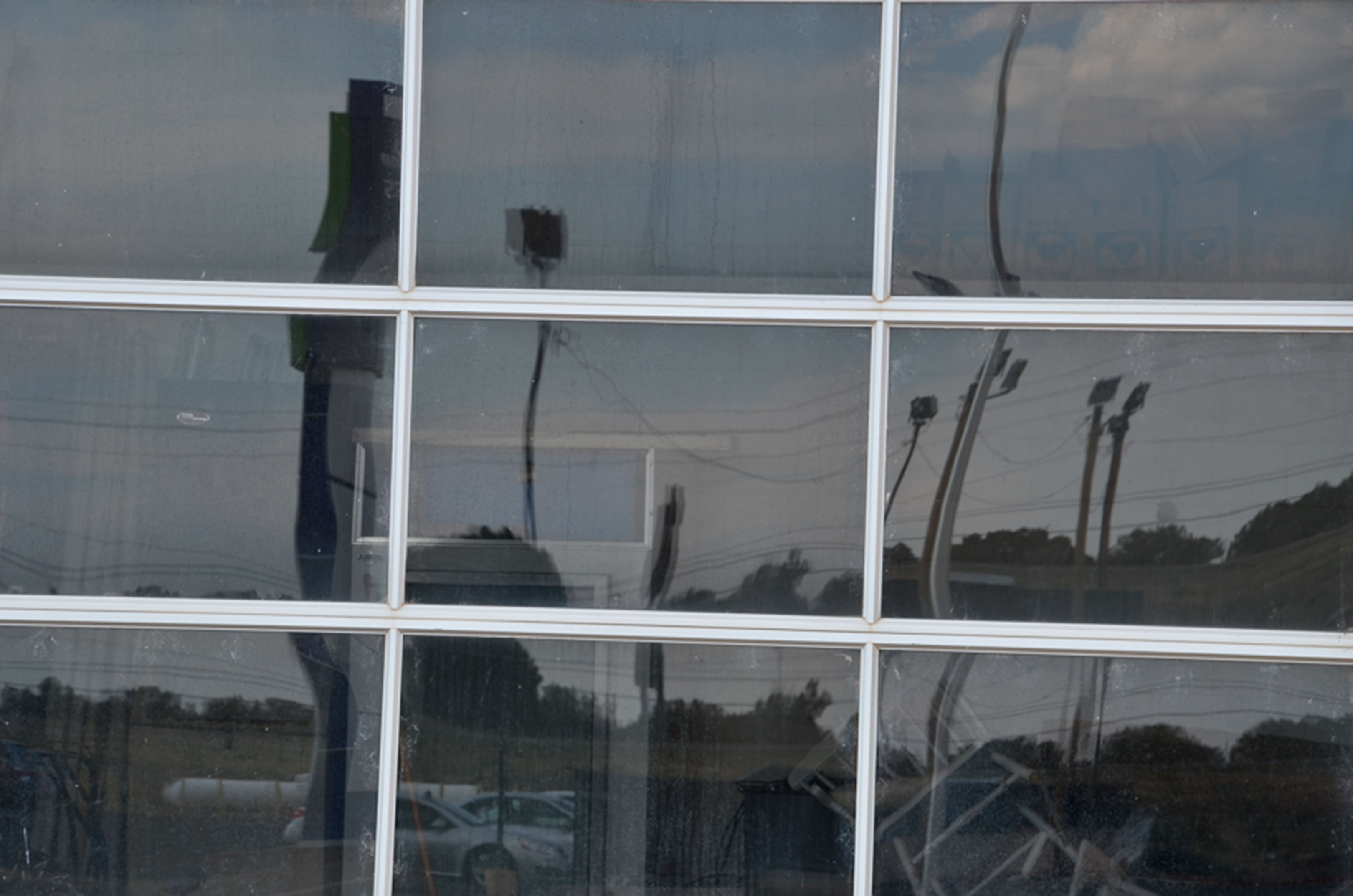 NINE PANES was taken in Santa Rosa in 2012. Route 66 in Santa Rosa figures in film history—it was the location for the film made from John Steinbeck’s The Grapes of Wrath, for example. Nine Panes are the fractured remnants of windows reflecting the industry of this community.