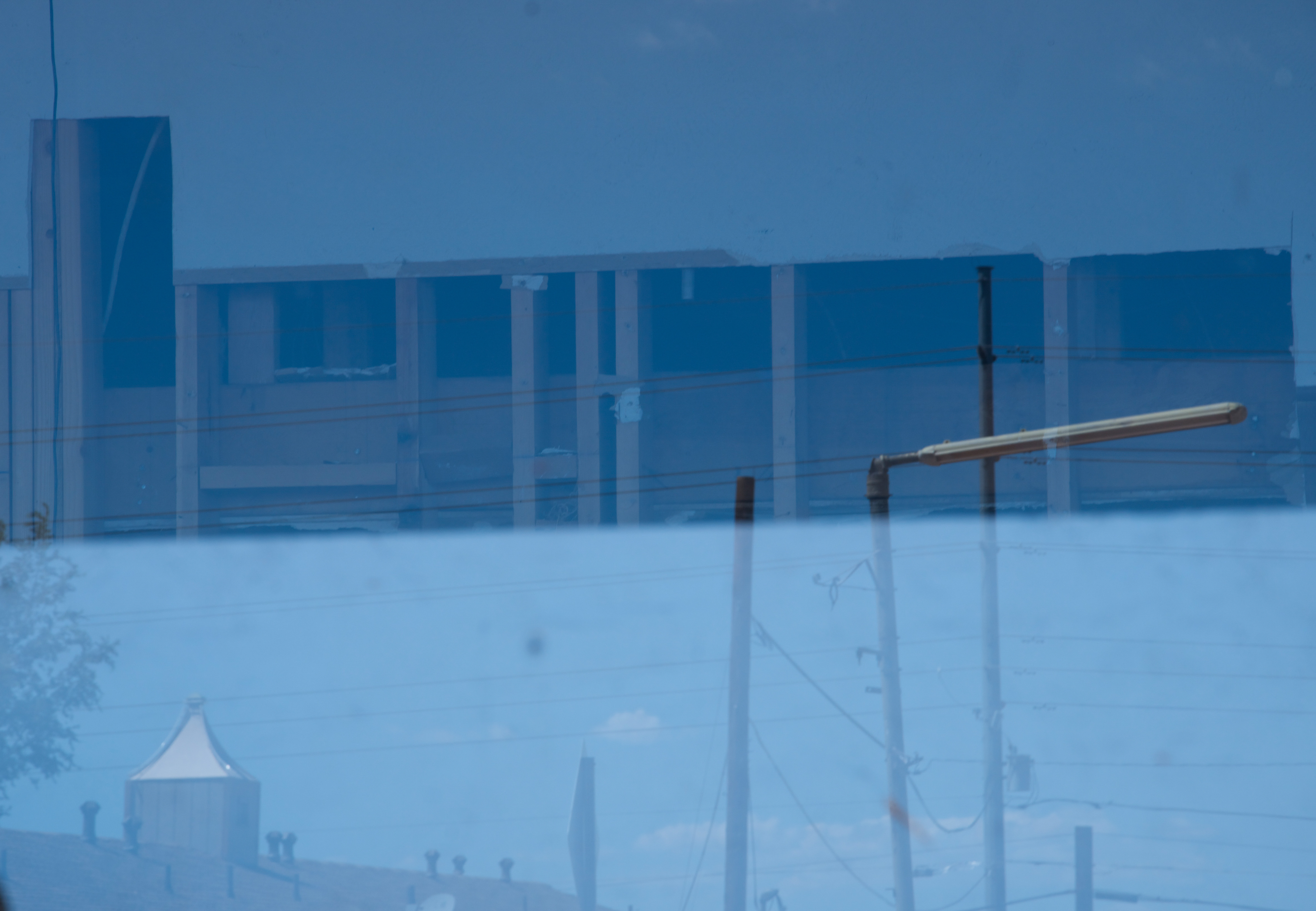 Through the 1960s, Winslow was a thriving town but like countless others along Route 66, Winslow began to suffer in the late 1970s when I-40 replaced the mother road and bypassed Winslow. Diane Patterson, owner of Roadworks Gifts and Souvenirs in Winslow, describes what this was like:

Winslow was the next to last town to be bypassed… We would watch hundreds of trucks roll by day and night. Then one morning, they opened (I-40) and everything stopped. For about 20 years, nobody knew what to do.

The closed-down Pool Hall—with its split screen imagery of its surroundings—seems like one of those casualties, but it also reflects a town where some solid buildings stand tall.