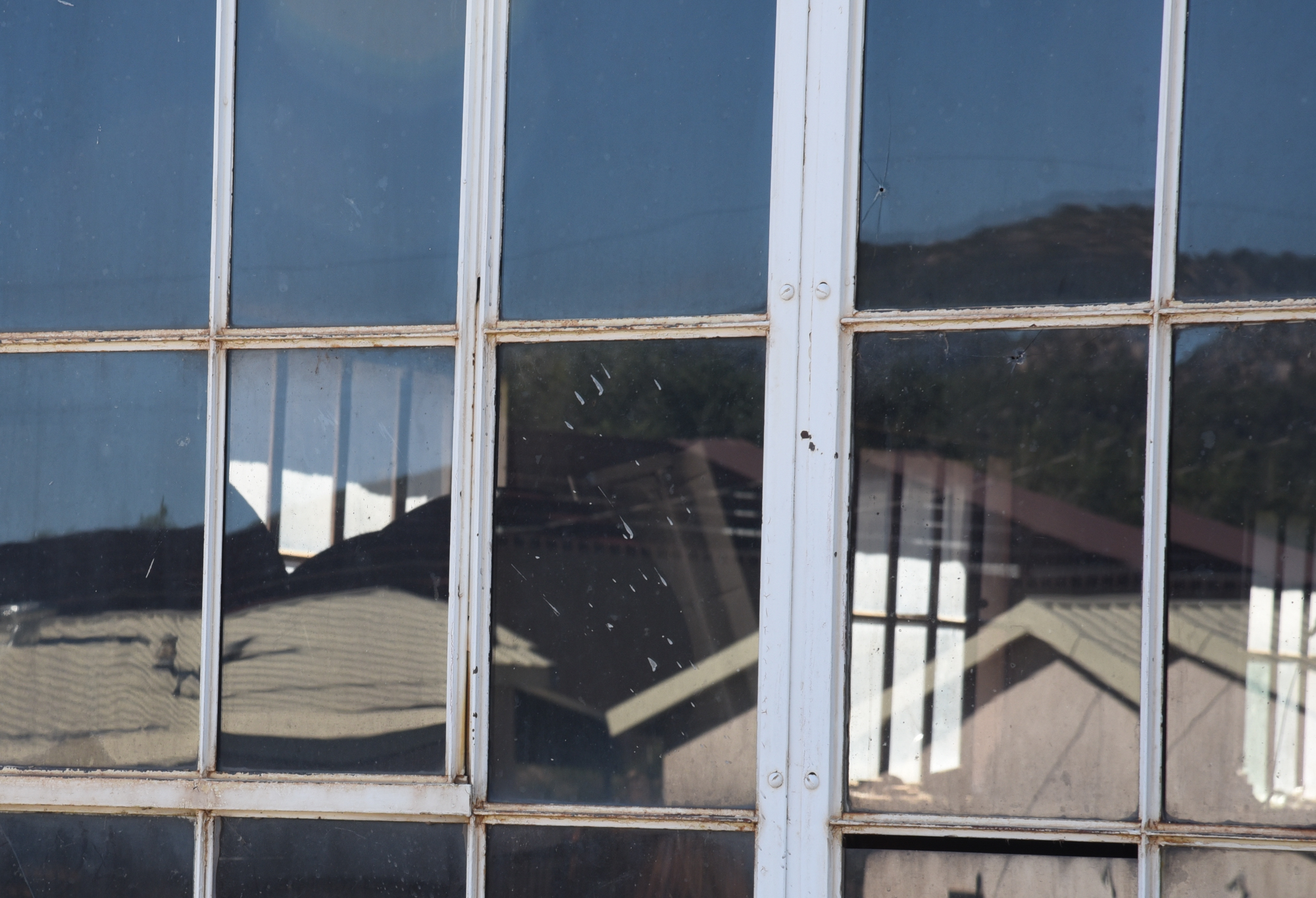 San Jose was founded in 1803 when land was allotted there by the Spanish New Mexican government to 45 men and two women in order to protect New Mexicans from Native American attacks. In the 1920s, San Jose became one of the stops on the Santa Fe Trail but the railroad, built five to six decades later, bypassed the village, leading to a population decline. Route 66 arrived in 1926, prompting some growth, but it was rerouted by 1937 and San Jose’s population, as of the 2010 Census, was less than 150 people. Looking into a window of Sam’s Auto Repair reveals jail-like bars than dance across the roofs of nearby buildings.