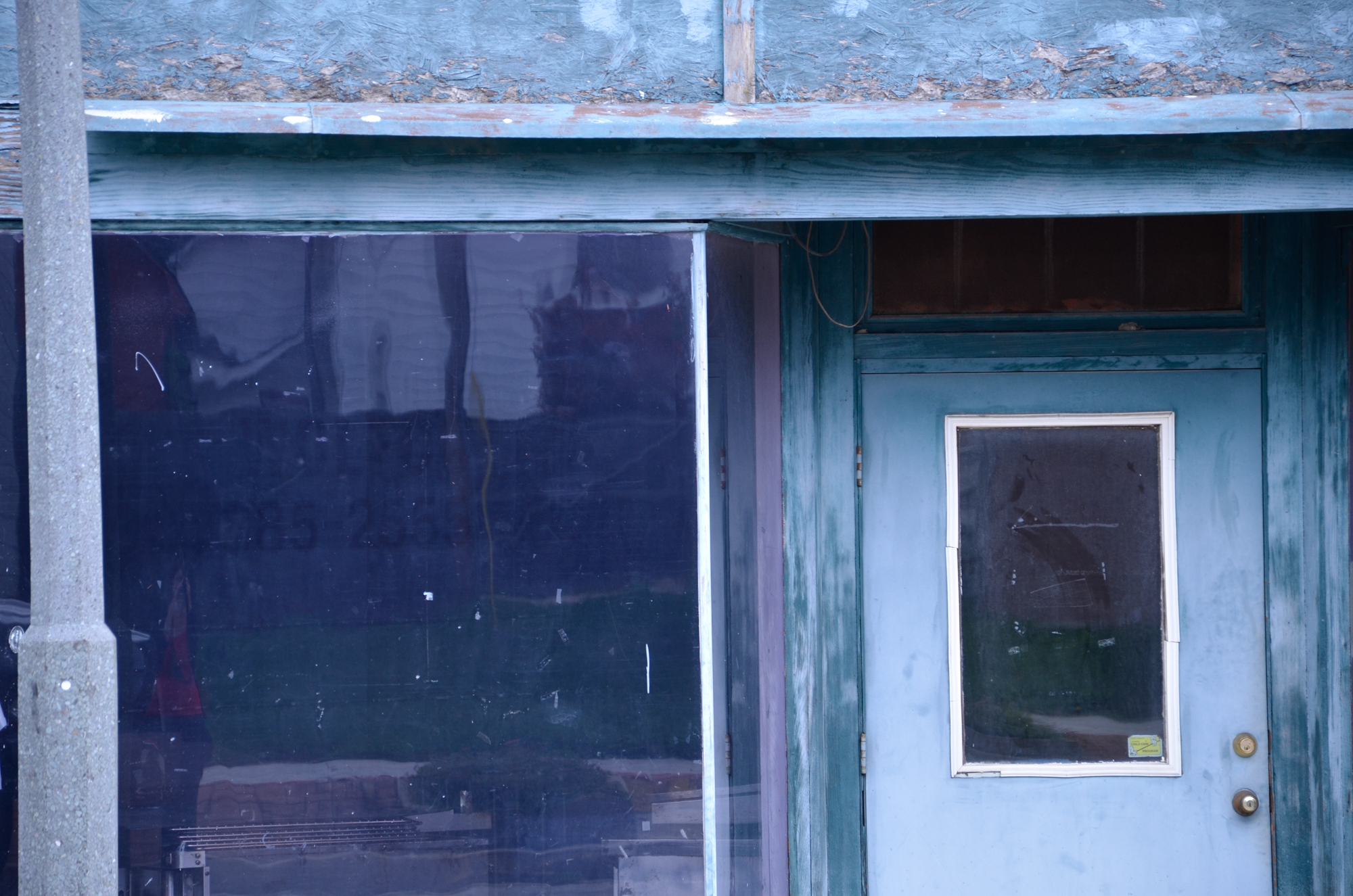 Named after the island, Cuba has been proclaimed the “Route 66 Mural City” for the 14 murals that portray the story of Cuba’s history since its founding in 1857 along the railroad line. It is also famous for the nearby Route 66 giant rocker. Along the same street as the murals, I found my own mural, composed of the remnants of stores.